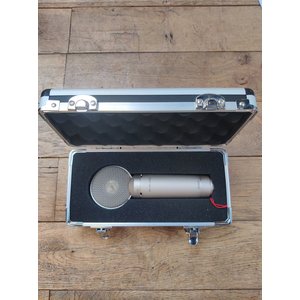 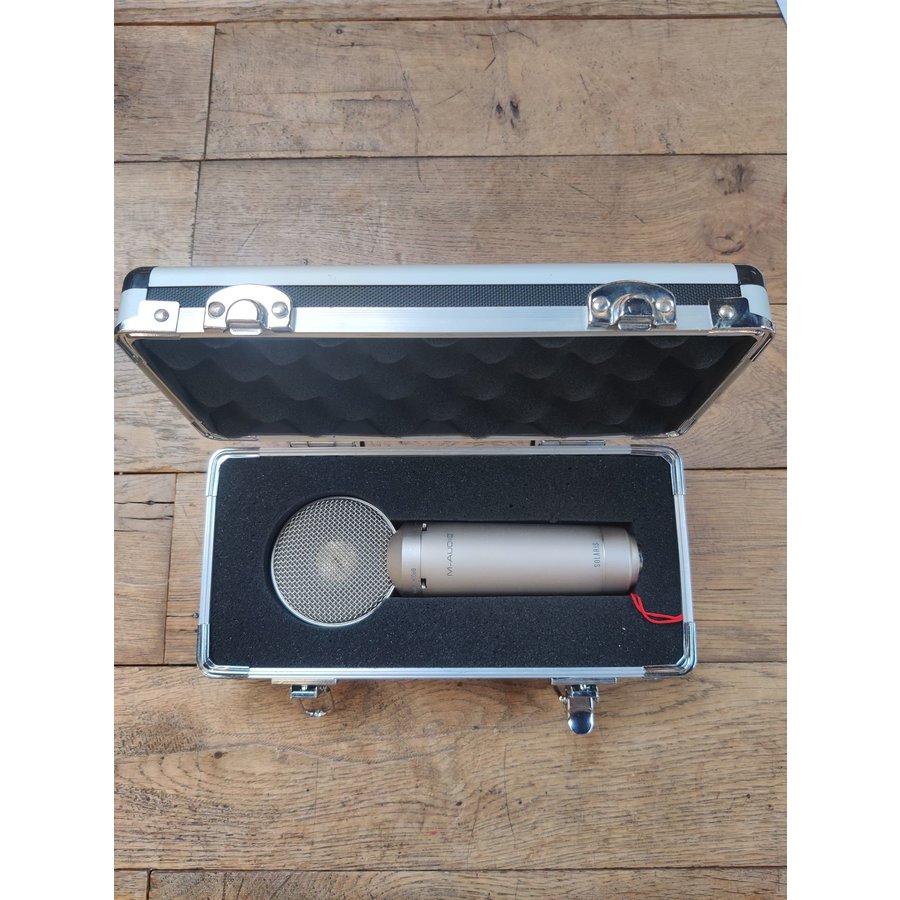 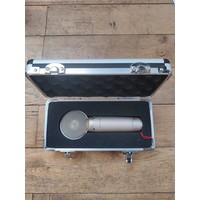 The project studio microphone market has become so crowded with reasonably priced large condenser microphones that choosing one is not easy. It’s not possible to get them all in the same place at the same time to listen to them and it would be confusing if you could. So to review the M-Audio Solaris, we gathered together three others… this is what we found.

First things first, the M-Audio Solaris is a multi-pattern large capsule condenser microphone with a 1.1-inch solid brass capsule, a gold diaphragm and Class A FET electronics. It feels serious and looks impressive with its large lollipop head sitting on top of a solid body. Made in China (but designed and voiced in the US), the mic comes supplied in a good-looking case with an easy-to-use shockmount and a typically brief user guide. It’s a side-address mic, and on the front you’ll find the switches for the 10dB pad and 6dB per-octave bass roll-off (from 125Hz – gently sloped but kicking in high). The pattern selector on the back side meanwhile switches between cardioid, omni and figure-8. Essentially the Solaris is a cheap and cheerful condenser whose main assets are multiple pattern selection and affordability.

Frequency response is stated in the manual as the usual 20 – 20kHz. The published equivalent noise level is a low 14dB and maximum SPL for 0.5% distortion is 130dB – quite impressive. M-Audio describes the sound as having a smooth bottom and vintage tone, and suggests the microphone is especially suitable for vocals but also mentions amplified guitar and bass. Let’s see…

Using the microphone is easy enough once it’s on a stand. The shockmount is good but the mic is almost too heavy for it and needs a very stable stand to feel secure. Helped by an audiophile friend who dropped by soon after I opened the box, my first sonic impression of the Solaris was gained from a studio comparison test involving comparable large diaphragm microphones from SE Electronics (Z3300A), ADK (A-51) and Studio Projects (C1). Listening to vocals on-axis the Solaris sounded natural without the hyped top end of the SE and Studio Projects mics. The mids seemed a little flat and lifeless, however, compared to the other mics, suggesting a higher degree of dynamic distortion. The lows were in good proportion with a pronounced proximity effect, when the mic was set to cardioid or figure-8. In cardioid mode, the off-axis response was only fair, with the sound becoming slightly boxy around 45 degrees off centre, while sound entering from the rear of the mic contained quite a lot of 5 – 10kHz. There was almost no bass attenuation at the rear of the mic either, although this is common with large capsule microphones and was evident with all the other mics used during the comparison test. Set to omni, the proximity effect immediately disappeared but there was still some variation in the response moving around the mic. The figure-8 pattern was better with good attenuation at the sides and a nice even sound in the front and back positions.

Recording acoustic guitar and vocals produced a detailed sound but revealed some harshness in the high/mids relative to the others, and a high sensitivity to plosives – suffice it to say a pop shield should be within easy reach if you’re intending to use the Solaris on vocals. Using the cardioid setting, the best results were obtained by keeping the sound source on axis, as side-to-side movement produced noticeable attenuation of the signal. The next test involved using it above a drum kit and, again, the Solaris displayed a slightly flat midrange causing the snare in particular to lose some body. It took plenty of level though and placing it close to the snare and in front of the bass drum with the pad engaged didn’t produce any distortion – handy.

The Sacred Cowboys playing at the Castlemaine Theatre Royal provided a good opportunity to see if the Solaris could cut it live. I set it up as an overhead and again the weight was an issue with the stand needing to be as tight as possible and placed so it wouldn’t be knocked by the drummer or slowly droop down onto the ride cymbal. Sonically, it was a trial by fire with a loud band in a big room and the Solaris needed lots of bass roll-off to stop the low-end feeding back before I could hear the cymbals, but it was a usable sound if kept fairly close to the kit. At soundcheck I tried it on the harsh and nasty sounding guitar amp of one of the support bands, The Beat Disease, but predictably found it too scratchy in the high/mids and swapped it for a ribbon mic for the show.

At around $450 the Solaris is competitively priced and comprehensively featured, and should appeal to many people who need a versatile mic that will do a good job on vocals but can also be used as a general purpose mic for drums and instruments. The multi-pattern selection provides the option of a cardioid polar pattern for close vocal and instrument recording, with omni available for vocal groups – close recording without the proximity effect – and situations where the acoustic space of the recording environment needs to be simultaneously captured. The figure-8 pattern meanwhile is useful for backing vocals, face-to-face duets and mid-side stereo recording techniques. M-Audio also claims the frequency response of each Solaris to be within ±1dB of each other so, theoretically, they should make good stereo pairs. For the price, worth checking out. 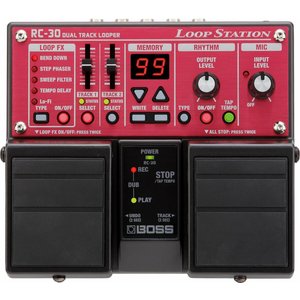 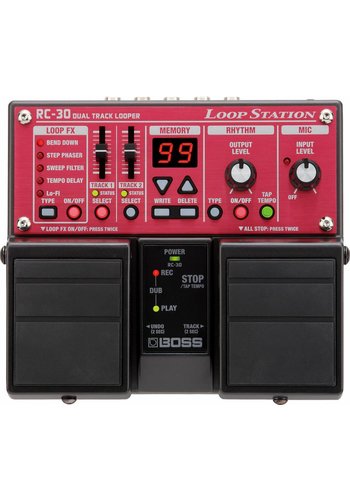 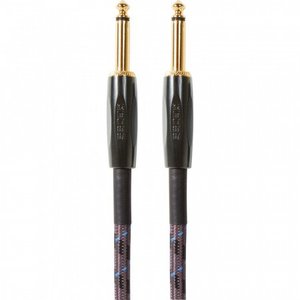 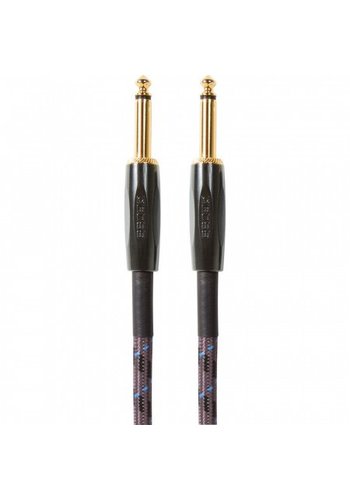 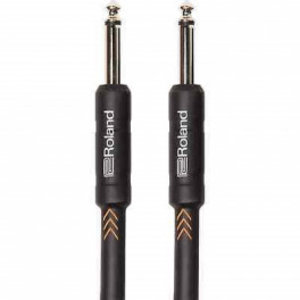 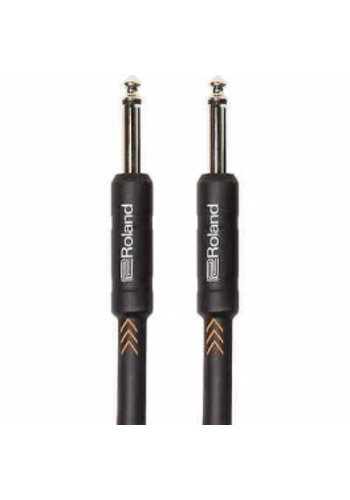 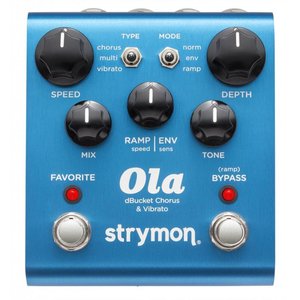 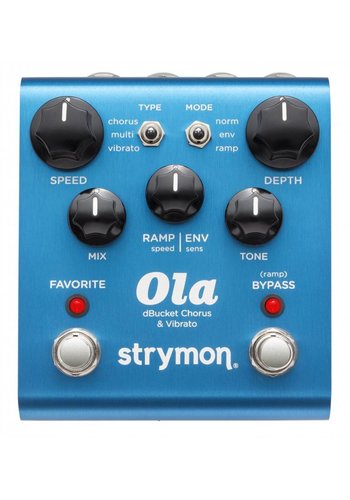 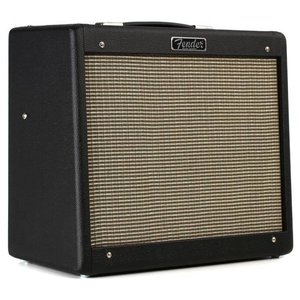 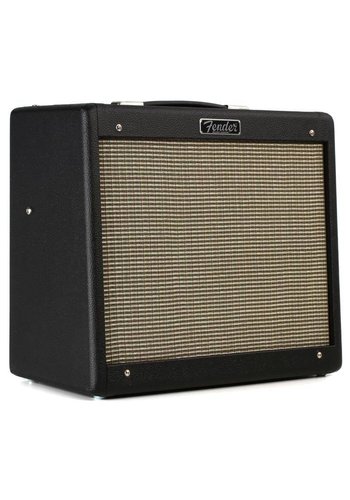